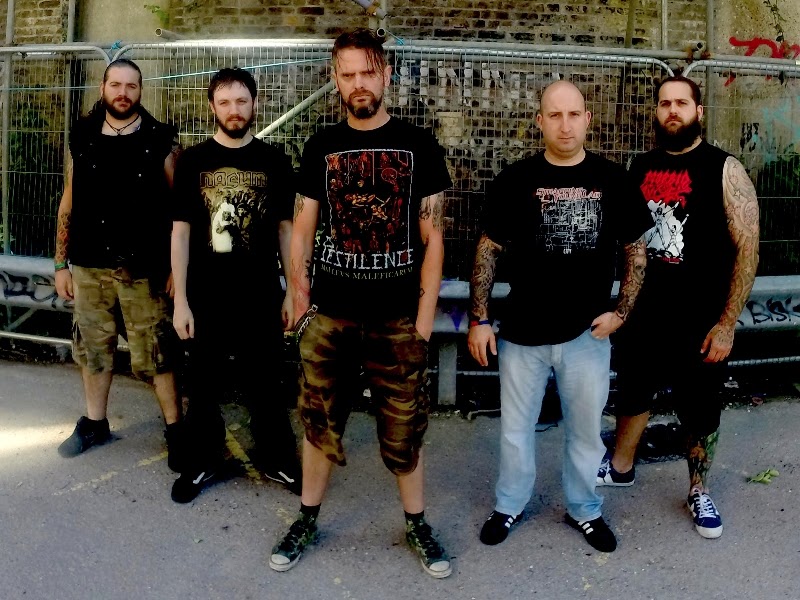 Drawing influence from the classic death metal bands of yesteryear as well as the recent breed of modern greats Subservience have been gathering a great reputation across their native UK and beyond. With their corrosive blend of groove laden extreme metal since forming in 2010 and having already released a demo ‘Blueprint To Chaos’ in 2010, a split with Sa-da-KO in 2011 and two crushing EP’s ‘Dystopia’ and ‘Ripped In Half’ in 2012 and 2013 respectively; Subservience are right on queue and are set to unleash yet another beast of a record.

Posted by Artemortifica at 10:38 AM