HATH are about to release a brand new album April 12 on Willowtip Records. Of Rot And Ruin is already making waves on No Clean Singing site streaming a song from the album, Usurpation, visit the link below and make your ears happy. 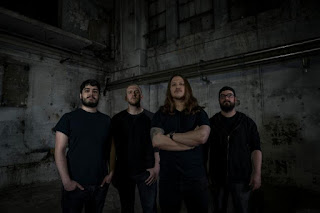 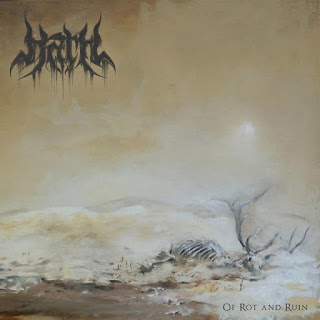 The promo via Clawhammer:
New Jersey Blackened Death Metallers HATH will release their full-length debut album, Of Rot and Ruin, April 12 on Willowtip Records. Of Rot and Ruin doesn't just live up to the promise of superb 2015 debut EP Hive; it more than surpasses it with impressive songwriting growth and a sonic intensity that penetrates deep into the bones.

HATH released the following statement concerning the giant steps the band took to reach Of Rot and Ruin:

"For the new record, we wanted to take everything we learned with the first EP and build off of it. 'Hive' was really a learning experience for us. AJ was in the process of building a proper studio and we were all figuring out the best ways to record and engineer an album. Once AJ's studio was up and running and with a few album releases under his belt, we felt confident in what we'd written and in his ability to produce a great album. The writing process for Of Rot And Ruin was much more deliberate than Hive. We really wanted to focus on songwriting and give special attention to how the songs and dynamics worked together. We strove for diverse yet cohesive songs. The result is a collection of songs that each have their own identity, yet all have the distinct Hath sound."