Misshapen just revealed their brand new video for the song "The Swarm" and it is intense. Watch it below and read about their upcoming EP "Transcendence" due out February 8th 2019.

The promo states:
Hailing from Ottawa, Canada, Misshapen are a diverse and melodic metal band blending elements of death metal, technical metal, and black metal. They are releasing their EP ‘Transcendence’ February 8, 2019, and now present the official music video for ‘The Swarm’.

Capturing the attention of audiences since 2016, Misshapen seeps melodies with harsh vocals, further ignited with technical riffs and meaningful lyrics. ‘The Swarm’ is the most ferocious track on the EP and would be recommended to fans of Ne Obliviscaris, Children of Bodom, At the Gates, and Dimmu Borgir. 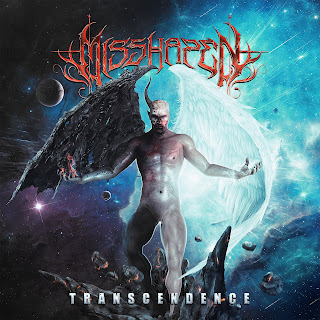 The band shares their thoughts on the track:

“It’s the black metal song of the EP, filled with dark riffs and horrific orchestration that revisits early Dimmu Borgir days. The lyrical inspiration was derived from ‘Castlevania’ the series. It means that people who follow a corrupt leader will bring a sense of hell on earth. This song intelligently showcases how we visit the other side of the spectrum of the emotion we generally induce in our music.”

Powerful and enthralling, the video was shot and produced by Dark Moon Productions and Silver Wings Studios.

The five-track EP ‘Transcendence’ will be available on February 8, 2019. This will be the first release after their 2016 demo and promises to be adventurous, dark and distinct.