Denver’s Saeva has released a punishing and chaotic new single, ‘Sanguine Rite’ and it is almost 7 minutes of tragic fury embracing blood sacrifice and moon worship. The Colorado band has been flirting with influences from a few genres since their birth under the cold moon of 2018 but remains heavily focused on black metal with sustained progressive riffs. 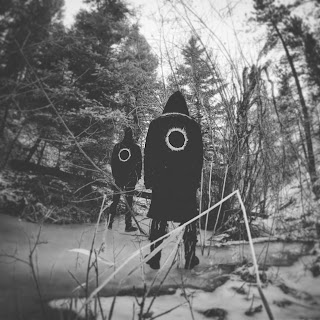 ‘Sanguine Rite’ comes from the yet to be titled debut EP from Saeva, that is intended to be released later this year and according to them, it is a solid introduction to what Saeva is.

“Sanguine Rite is the third song I wrote for this project and the first lyrics I wrote for the album. I wanted the song to be brooding and heavy but gradually move. The song needed to tell a story more than the lyrics. The music ebbs and flows and the melody reprised from the intro grounds you, reminds you where you are. The lyrics are about blood sacrifice and moon worship, in Saeva we move with the moon and we respect her gravity.” - N. Mercury

This single is melodic, aggressive, and tormented; all the things Saeva wishes to portray itself as sonically.

‘Sanguine Rite’ is available on Bandcamp and along with the video on YouTube.

#heavymetal #music #promo #bands #artemorbid
This post contains affiliate links which means if you buy from the links I will get a small commission which in turn helps me maintain this blog.
Posted by Artemortifica at 8:31 AM