Bestialord - Law Of the Burning 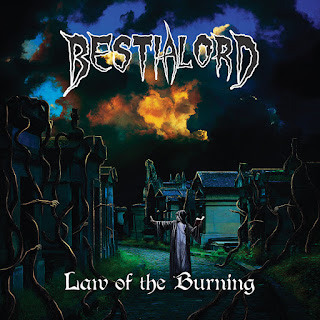 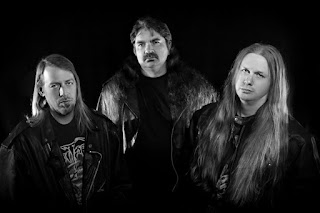 Law of Burning album released on CSR and Symbol Of Domination. Featured here are nine tracks that will haunt your mind. The classic tones of early metal can be heard profoundly in each composition. Living up to the expection layed out in the description
'Occult Horror", the music will make you feel like you have been transported into one of many classic horror films like a menacing Dario Argento Suspiria or John Carpenter The Thing. Some of the stand out songs for me would be "All Fall Down" and "I am Pain".
Don't expect a clean polished production here, it is more of a raw and grit recording, which is a perfect fit for the intent of the sound. Heavy bass lines and some awesome lead guitar riffs. The vocals are well understood, which is something I prefer. Its a great thing to
be able to understand the lyric content without having to decipher through a bunch of growls.

In conclusion, the theme and delivery is established withing the first few songs and made crystal clear. Raw and relentless power that goes well with any of
your favorite horror films.
~Artemortifica

View more reviews from this promoters in this video

Posted by Artemortifica at 4:35 PM