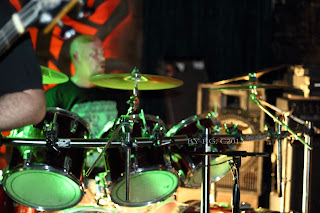 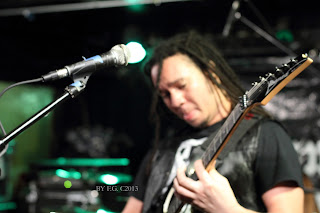 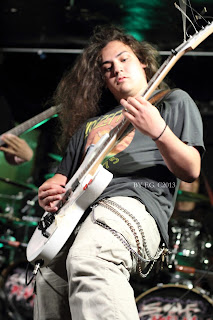 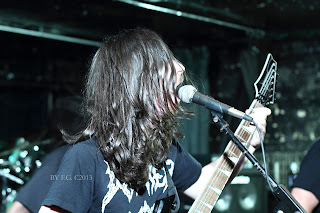 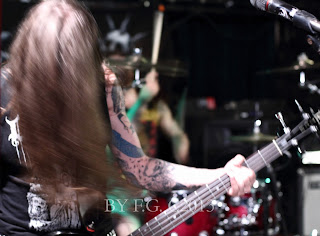 The Underground Lounge is located on one of the busy parts of Chicago, Sheffield/Newport area near Wrigley Field. My first time checking out a metal show there. Small place in the basement, but overall good atmosphere and sound. 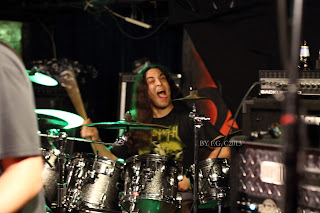 Next up Nucleus, although my first time listening to them the audience seemed to be familiar with them and were giving me positive feedback about how good of a band they are. After listening to them play, I must say they were correct. Definitely death metal influence and some solid bass playing by Daniel Williams. Aggressive sound brutal vibes got the people moving and headbanging. 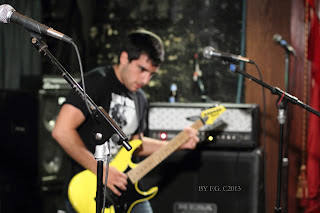 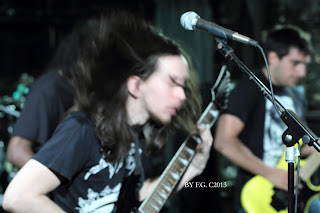 La Armada hit the stage with intense energy and really grabbed my attention. Fast speed, sometimes punk, hardcore, grind, clean stops and overall creative riffs with a sharp edge. The audience was receptive to this and got a nice mosh pit started. I enjoyed their music so much I ended up buying their LP on vinyl for only ten dollars. With a good variety of music happening and more people showing up it set the mood for the next act. 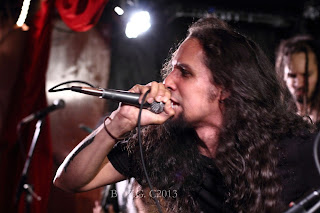 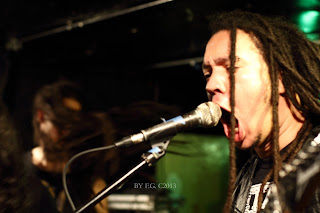 Mutant Supremacy came all the way from NY to play. The Chicago metal heads were in full support. Brutal death metal with three vocalist. The trade of phrases between high and low vocals was very cool to see and really enjoy the solo work being played by the guitar players Sam Awry, Curtis Johnston. 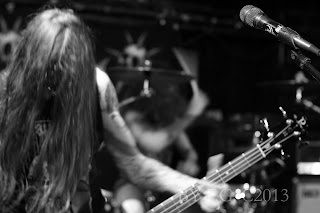 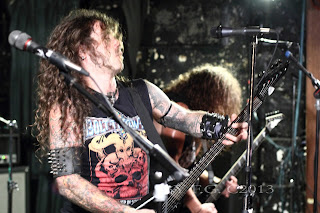 The headliners Malas came on close to midnight. With the only lights illuminating from the bottom of the drums and everything else in darkness, it created a great atmosphere to top of the night. A destructive performance in true death metal style. Solid drum performance by Jim Kerley. Sound was good, everything was well balanced, slamming vocals and thick bass lines being dealt by Erik Pert and Alex Mcintire shredding some killer solos to complete the brutality. 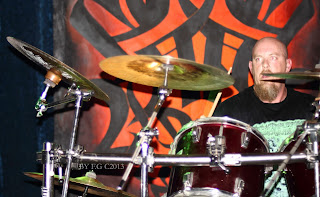 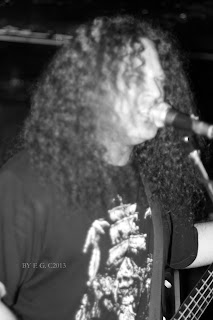 Overall I had a great time. Got to chat with Tom from Cardiac Arrest, Bernardo from the band Purge, Renato, Deathmetal Pauly (Kataplexy) and others. A great night for metal.
~Artemortifica
Posted by Artemortifica at 5:14 AM