The Enslavement Conquest album to be released on March 4th 2016 on Dark Descent Records. My first impression is, pure, raw to the bone music. The flood gates of hell swing open and this tremendous beast is set loose upon the world. At times the music reminds me of Pestilence, Six Feet Under, Bolt Thrower and early Hypocrisy. The band offers us ten skull crushing songs. The most potent and penetrating composition for me would be (Overpowered) Under Siege, powerful drums, rapid bass kicks and punishing guitar distortion. The roots of death metal can be felt all over this monster. Next in line of most memorable would be the track "Conscription Woes", many catchy verses and strong bass lines make it intense. "Noose For A Monarch", is a blazing speed demon with a savage attack and should be experienced a high volume.

Final thoughts, this album can wreck your senses. High levels of raw death metal are presented and they cut through like a sharp knife.
~Artemortifica 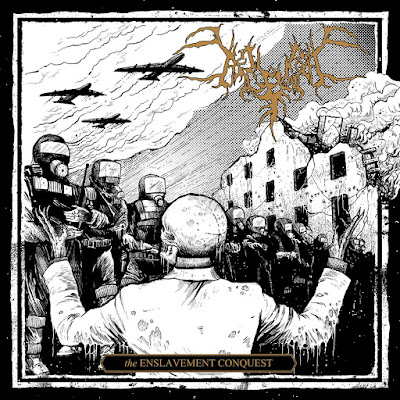 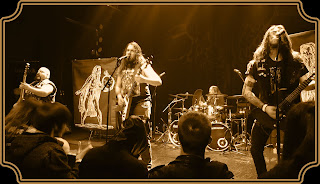 Posted by Artemortifica at 2:21 PM