Vesperia is set to Tour with Kalmah through Canada below is a list of dates and places plus live performance. Check them out

Live at Wacken Open Air 2015 - Watch here.
EP Stream - The Iron Tempests - Listen here.
Music Video - The Western Tempests - Watch here.
Conquerors of epic metal, VESPERIA will be supporting Finnish metal masters KALMAH's 2016 cross Canada tour from April 4th - 24th (dates listed below). The Oshawa based band has been rising up the ranks after winning the Canadian and International 2015 edition of Wacken Metal Battle crowning them the best in the world against other competing independent bands from over 30 other countries. Over the last 10 years, the international battle has been hosted by the world's largest outdoor metal festival Wacken Open Air that takes place every summer in Wacken, Germany with the planet's highest caliber of metal bands. 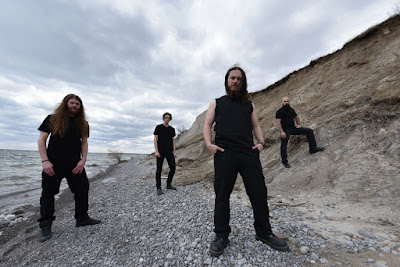 Prior to their tour, VESPERIA will be entering Blue Sound & Music Studios in Toronto, Canada this March to record their followup to 2015's 'The Iron Tempests' EP. Helming the project will be engineer/ producer Russ Mackay (Mastodon, Iron Maiden, Styx). The new album will feature an array of famous Canadian guest musicians and the art will be created by Juno award-winning artist Hugh Syme (Rush, Nevermore, Dream Theatre).

The band has launched an Indiegogo campaign to give fans many special and unique perks for their contributions, including mead made by VESPERIA's front man Morgan Rider, drinking horns, album pre-releases, the bands stage banners and much more! For all details and to contribute, please visit the following link: indiegogo-new-vesperia-album

The band comments:
"With the new year comes much and more from the Vesperia camp! We have been labouring away diligently behind the scenes to breath life into what will be our largest and most ambitious project to date! But to realize our ambitions, we are turning to you: our dear fans, family and friends for help in this new endeavour.
We decided that a crowdfunding campaign made the most sense to raise the necessary funds for our new album while allowing us the opportunity to give back to everyone who has helped build Vesperia to what it is today! We have crafted some truly unique gifts, perks and experiences to make this an incredibly special adventure for everyone. We cant wait to show you what we have in store!" 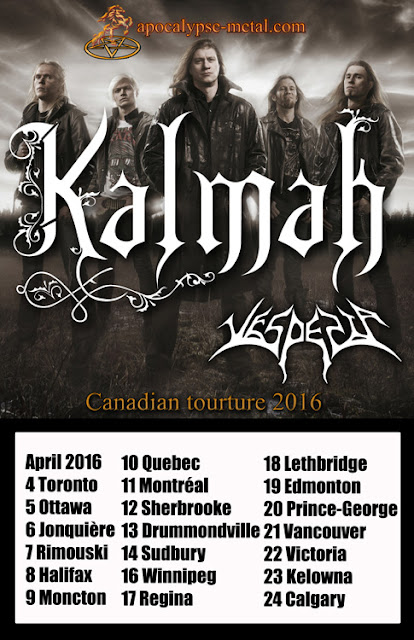 Posted by Artemortifica at 10:40 AM