"Steel Inquisition" is also streaming on YouTube at this location.

Hailing from the northern lands of Alberta, VALYRIA has crafted a unique brand of power-infused progressive death metal. Influenced by bands like WINTERSUN, THE FACELESS, and DRAGONFORCE, VALYRIA seeks to explore new sonic terrain with technical drums, inspiring keyboards, and engaging guitar work. Coupled with memorable lyrics based on film, literature, and history, VALYRIA's music is a blistering and exhilarating listening experience whether live or in your headphones.

In other news, VALYRIA is proud to be competing in the Prairies stage of Wacken Metal Battle Canada. See them live in Edmonton on March 20! 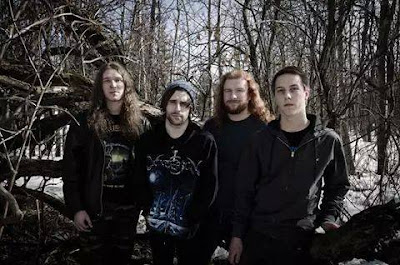 Posted by Artemortifica at 4:40 PM