Introducing - Nocturnium, Lady of Luna. Countess of the Occult. freelance model and reviewer for Metal-Rules.com 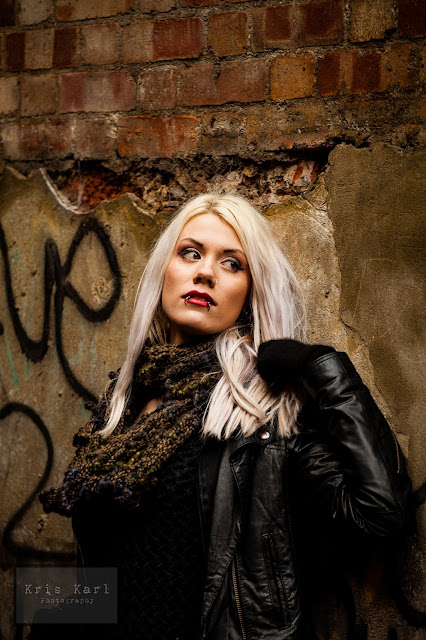 1-What inspired you to do modeling? Was there a point early in your life that sparked your interest?
I wouldn’t say I ever had the desire to model, but I always had an interest in art and style from a young age. It was a very recent decision to get into modeling. I was contacted by an agency, did a few shoots and decided I really enjoyed it! I had done a few in the past, mostly through an interest in art, working with published artists to create images for collections and gallery displays, but very little came of that, and despite not receiving pay, got none of my images back. I was very young and naive. Now I’m armed with the knowledge and the passion, it’s time to take on the alternative scene by force. 2-You have dark elements to your style, was there an event or moment that made you decide on your style?
I’ve always been drawn to darker images; I’ve never been able to explain why. When I was really young I used to see the 90s goths around and think of how much I wanted to be part of that scene. It’s been quite a few years, and I’ve gone through a lot of different style changes and scenes, but I feel like I’ve reached the point where I can stop looking. I don’t want to go so far as to say I’ve found myself, but I’ve stopped feeling uncomfortable in my own skin.
I think religion and fantasy have a strong influence on my style. Im not religious, never have been, but I had a religious upbringing and I think this has had a real influence on me. When I hit my teens I started reading into the occult and pagan religions, I also took an interest in books like Paradise lost. A lot of my current style is inspired by demons and images of evil. 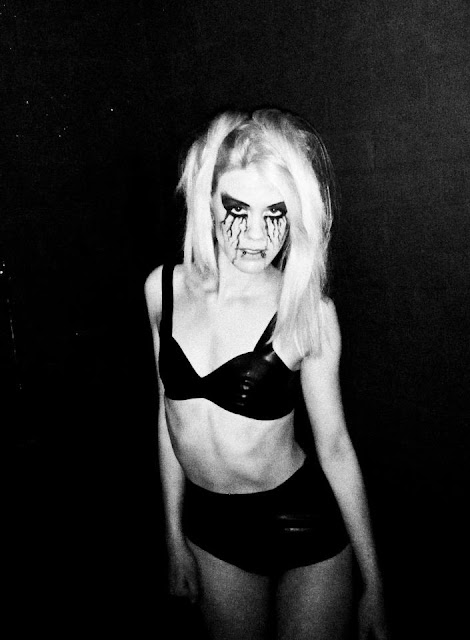 3-Name some of your favorite music or bands?
My favorite music is definitely black, death and doom metal. I used to be into really generic shit right up until the age of 16 when a friend showed me DimmuBorgir, and it was all happened from there! Currently I’m really into Wodensthrone, AnaalNathrakh and Winterfylleth, their releases last year are incredible. Behemoth are always a constant favorite, and I have to mention Eye of Solitude, Craven Idol and Ancient Ascendant as a couple of my favorite up and coming local bands. 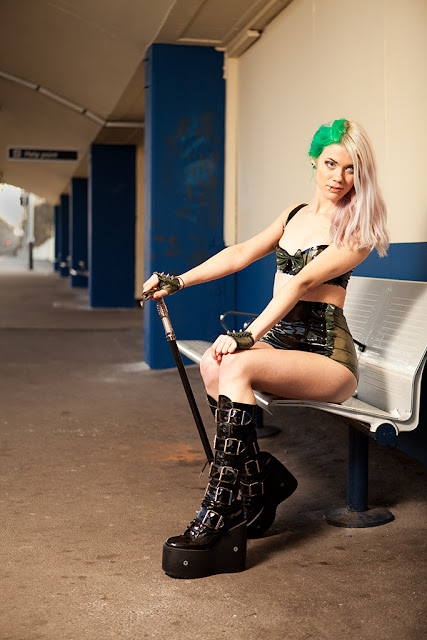 4-Name some of your accomplishments or highlights of your career so far?
Its always an accomplishment when photographers I’ve been admiring the work of ask me to shoot with them. Recently Simon Fairclough and Mark Perry asked me to model for them, which was such an honor! Getting picked to model for ASD latex was also a real highlight. 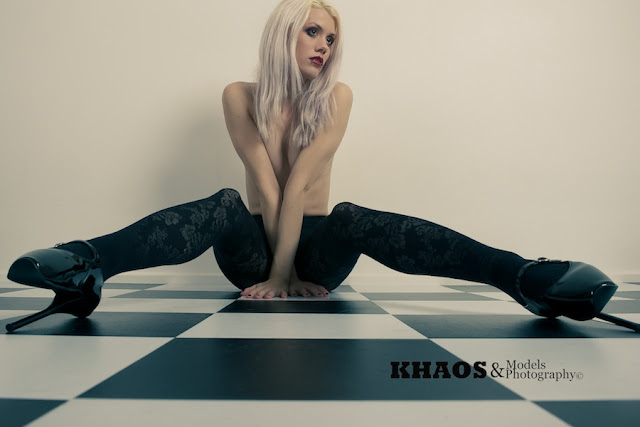 5- Do you enjoy regular photoshoots? or ones where you get to play a character?
I definitely prefer to play a character. I really like getting a theme and creating an image around that. I also feel more inspired when I have one. Regular shoots are also fun though. I get bored if I do the same thing for too long so I like to really mix up what I do.

6-What other interests do you have besides modeling?
I’m actually really passionate about music, particularly extreme metal. I help run a radio show playing picks from recent releases that week and music from older albums. We keep the first half fairly mainstream, run by my co-host, and then in the second hour I get to unleash hell!
I also love writing about it. I do a lot of gig and event reviews, sometimes they get published, which is always great but it’s mostly just done for love. It also means I have an excuse to go to lots of different events.
I don’t actually have a lot of other interests going at the moment. I used to be really into history and playing guitar but I’m coming to the end of third year at university so don’t get a lot of time anymore. I’m really considering trying a bit of chainmail when I finish, it looks fun and I never pass up the opportunity to play with power tools.

7-Are there any significant projects or events you are looking forward to in the coming months?
I’ve got a shoot with Kelsey Karnage, which I’m really excited about. Another photographer I’ve been admiring the work of.
It’s hard to say, Im not allowed to reveal at lot of it! Project tattoo starts soon though. I'm getting the bottom of two full sleeves done in the next couple of months, which will be my first sets. I’ve got all the tattoos I want planned out, it’s just earning the money for it really.

8-If someone is interested in hiring you (modeling agency, bands, producers, etc..) where is the best place to get a hold of you?

Posted by Artemortifica at 6:08 PM