In Twilight's Embrace premiere the title track off 'The Grim Muse'

Polish melodic death metal band In Twilight's Embrace recently premier The Grim Muse title track from their upcoming album. The additional quality mark of that one is the mighty Tomas Lindberg (of At the Gates, Disfear) 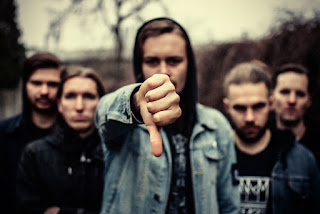 Posted by Artemortifica at 4:03 PM No comments:

Pulverised Records has officially released ...When Dead, the newest album from Mexico's MAJESTIC DOWNFALL. The band's fourth full-length offering of Tiamat and Paradise Lost inspired doom is now available on CD and digital formats at www.pulverised.net. 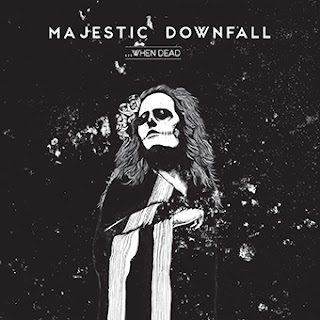 Further stretching the boundaries of the Blackened Doom / Death genre beyond what is deemed as traditional, Mexican Doom-sayer MAJESTIC DOWNFALL unleashes what is probably the most tormenting album in the group's discography to date with ...When Dead.

Ensorcelled by the mournful bliss of Doom and yet raising their chalice for Black Metal dissonance, ...When Dead is a celebration of the two seemingly unbendable genres enwreathe as one, and the result is an iniquitous atmosphere marred with sublime melodic Doom passages and the caustic nature of Black Metal scowl. ...When Dead was mixed and mastered by Tore Stjerna at Necromorbus Studio, Sweden (Watain, Demonical, etc.).

"This is finely executed doom, catchy and downright innovative, which in this day and age of millions of Bandcamp bands, is really saying something." - Exclaim.ca

"...one of the better doom metal albums we've heard so far this year." - Nine Circles
Posted by Artemortifica at 3:35 PM No comments:

Death Toll Rising has teamed up with MetalInjection.net for the premiere of their new video 'Scorched Earth Policy' in support of their latest album 'Infection Legacy'. 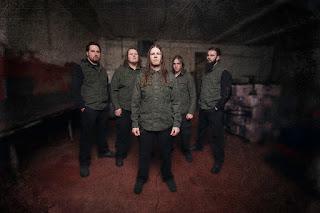 "We are beyond excited to be releasing our first ever music video!  This is one of the thrashers off our most recent album, 'Infection Legacy' and always proved to be a fan favorite, so it was a no brainer to do this track.  We were lucky enough to work with our good friend and director Lindsay Robinson on this project and he pretty much nailed everything we had in mind, it looks sick!  It was great experience and we were able to have a ton of our friends out to party and be in the video, which made it all the more motivating for us.  It was cold, it was late, and it was exhausting, but in the end completely worth every minute!" comments guitarist Drew Copland.

Posted by Artemortifica at 3:21 PM No comments: