Transcending Records has released The Harlot Star, the new album from troll-ravaged folk-metallers FROST GIANT. The album is streaming in its entirety at this location, courtesy of Decibel, and can be purchased here. 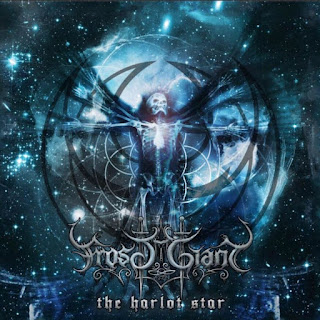 The Harlot Star is an 11-track salute to the glory of battle from one of folk metal's most unique and entertaining bands. FROST GIANT's third full-length is a catchy mix of 90's So-Cal punk, European folk metal and American hardcore rooted in Norse mythology, historical references and general silliness.

FROST GIANT previously released the official video for album cut "Prisoner of the Past." Check it out


Inspired by Norse mythology, epic metal, punk rock, and combined with an American hardcore attitude, FROST GIANT drops an icy hammer on everything trendy and weak. The music pays no attention to boundaries, deliberately crossing genres and bringing them all together in one truly unique sound. From the mead-hall sing along choruses to the shredding melodic death metal passages laced with tortured growls and screams, from the pounding double bass to the pop-punk riffs that linger for days, FROST GIANT's music journeys through stories and lore, bringing to light the tales of old in a modern folk-metal context. Whether they be warm memories of hearth and home, heroic sagas, or tragic remembrances, the songs will carve these colorful volumes into the soul of anyone whose ears they touch.

Posted by Artemortifica at 6:02 PM