A Novelist is streaming their upcoming release on Invisible Oranges

A Novelist is about to release their brand new album Folie on February 8th. The band is currently streaming the album in its entirety thru Invisible Oranges. It is a pleasure to listen to the vast amount of melodies and complex arrangements being expressed here. More details below. 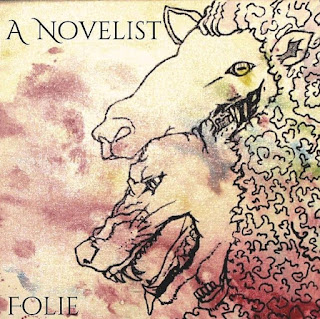 The promo states:
Louisiana-based progressive death metal project A Novelist is finally on the cusp of releasing their sophomore full-length, Folie, this Friday, February 8th. The band once again enlisted the talents of renowned sound engineer Jamie King (Between The Buried And Me, Wretched, etc.) to ensure the best possible production for their new album.

A Novelist is the creative partnership of drummer Alex Babineaux and vocalist, guitarist, and multi-instrumentalist Ben Nugent. Started in 2009 between friends in Lafayette, Louisiana, they began with the simple goal of writing and playing death metal. Over time their goals as a band grew larger, driven by a bold desire to expand the idea of what death metal can be through free and uncompromised expression. Listen now at this LOCATION 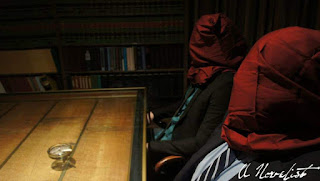 Invisible Oranges comments on today's album stream of A Novelist - Folie
"Project co-conspirators Ben Nugent (vocals, guitars, bass, keyboards) and Alex Babineaux (drums) have matured significantly since A Novelist’s debut album Portraits: from its unbridled musicianship to its effortless synchrony, Folie feels emergent rather than constructed (more free-form dance than dress rehearsal). Across its 12 tracks, the album pirouettes from melodic bursts of speed and energy (further amplified by Nugent’s dazzling clean vocals) to moody, ambient moments of reflection — and even though transitions are aplenty and often abrupt, no musical idea feels underexplored or underutilized."

#heavymetal #music #promo #bands #artemorbid
This post contains affiliate links which means if you buy from the links I will get a small commission which in turn helps me maintain this blog.
Posted by Artemortifica at 5:43 PM