Warforged announce full length I: Voice via The Artisan Era on May 10th

Warforged announce new album I: Voice coming May 10 on The Artisan Era 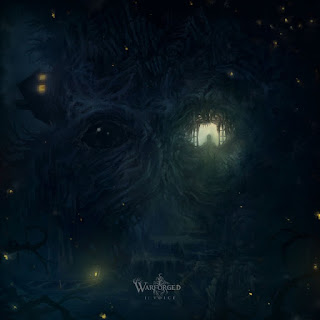 The promo states:
Every so often, a band comes along that generates praise and attention for all the right reasons, and, not always due to having a label or marketing power behind them. Chicago, Illinois-based progressive death metal group Warforged achieved that with their completely independently released 2014 EP, Essence of the Land. An effort rightly lauded far and wide not just by the underground, but also by larger outlets such as Metal Injection, Metal Sucks, Heavy Blog Is Heavy, No Clean Singing, and just as widely praised by death metal fans as well. The group generated massive buzz purely off the strength of their innovative music then, and are finally ready to return with a follow up worthy of building upon the strong foundation Warforged established previously on that release and on their standalone near eight-minute 2015 single, "Two Demons".

Several years in the making, Warforged is proud to officially announce the upcoming May 10th release of their new full-length album, I: Voice through The Artisan Era. If Essence of the Land was the metal scene's entrance into the group's boundary-shaking brand of progressive death metal enhanced by black metal, then I: Voice is its worthy successor that sees the group diving deeper into expansive terrain both harsh and light driven by theatrical flair and packed with densely packed compositions drawing from worlds old and new in order to create their own style of death metal that seems to inhabit its own world in and of itself. 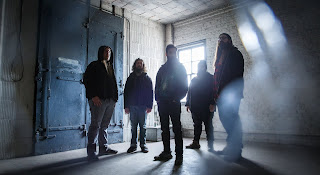 The cover art for I: Voice was handled by renowned artist Samuel Nelson (Stigma Art) who previously worked with the band to create the artwork for their prior 2014 release and is well-known for his album art crafted for groups such as First Fragment, Virvum, Un, and many more. The release is supported by numerous high-profile guest spots from seasoned metal musicians including Gorguts guitarist Kevin Hufnagel, ex-Exivious/ex-Cynic guitarist Tymon Kruidenier, Alkaloid guitarist Christian Münzner, Artificial Brain vocalist Will Smith along with his bandmate and Revocation guitarist Dan Gargiulo, Narcotic Wasteland/ex-Nile guitarist Dallas Toller-Wade, Native Construct/Replacire guitarist Poh Hock, Entheos drummer Navene Koperweis on a guest guitar spot, and many more.

It's no coincidence so many of the extreme metal worlds best players were on board to contribute something to I: Voice, as it speaks directly to the quality of the release and the bands unique sound. I: Voice will strongly appeal to fans of Opeth, Portal, and Lantlos as primarily cited by the band.

Stay tuned for the first single to air next week and additional content to continue to be unveiled leading up to the release. For now, the band has crafted a unique guitar medley playthrough driven album teaser video for I: Voice which can be viewed through the following link below.

*You can listen to an extended teaser video for Warforged - I: Voice HERE

Warforged comments on the upcoming release of I: Voice
I: Voice” is the sum of 5 years of creativity and focused work. The music plays as a stream of consciousness - jumping often from one area of the metal spectrum to the next with recurring melodies and vibes throughout for the purpose of bringing about an overwhelming sense of nostalgia. Since Essence Of The Land & "Two Demons" came out, we worked to build upon and elaborate on our musical style and mission statement. From what started as an idea of modern death metal with hints at black metal evolved into a more progressive, unique, and “epic” ethos. Horrifying & beautiful, dynamic & aggressive, harmony found through dissonance, an ebb and flow through drama and resolution, a flirtation with memory, a call for collaboration, personality, and reality  - immense emotional energy seamlessly woven within the death metal genre.

#heavymetal #music #promo #bands #artemorbid
This post contains affiliate links which means if you buy from the links I will get a small commission which in turn helps me maintain this blog.
Posted by Artemortifica at 10:18 AM