Italian black metallers launch "The Glorious Empire Of Sand" single, this is the the third release from their debut album coming in February! 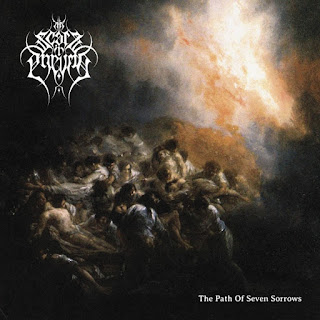 "The Path Of Seven Sorrows" tracklist: 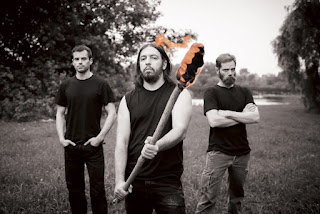 The promo states:
THE SCARS IN PNEUMA initially started as a solo project of Lorenzo Marchello (vocals / guitars / bass) in the beginning of 2017, and it turned to a band when trusted musicians Francesco Lupi (guitars) and Daniele Valseriati (drums) joined the ranks later during the same year.

Musically, THE SCARS IN PNEUMA provides it's own particular black metal style, which can be defined as a mix of black metal, death metal with melodic riffing and epic passages, with a touch of doomy mood. Some bands that can be cited as inspiration are Dissection, Mgła, Be'lakor, Rotting Christ, Forgotten Tomb, Blut Aus Nord, Emperor.

Lyrically, THE SCARS IN PNEUMA is all about themes such as dealing with your own demons, life's biggest regrets, the passing of time, the beloved people we lost.

THE SCARS IN PNEUMA:

#heavymetal #music #promo #bands #artemorbid
Posted by Artemortifica at 6:01 AM