Streaming now, head over to The Toilet Ov Hell and listen to a brand new track by Witchgoat, Black Vomit Of Souls. The song is from their upcoming "Egregors of the Black Faith” album on February 13, 2019 via MORBID SKULL RECORDS. 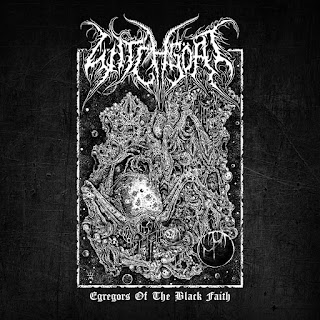 Listen to it here toiletovhell-the-black-vomit-of-souls 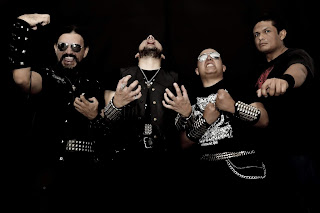 The promo states:
WITCHGÖAT was conceived in the middle of 2016 by the long serving Salvadorian guitarist P. Scyther with the aim to form a black/thrash metal project that would carry off the effervescence of the old school thrash metal, the brutality and the precariousness of the ‘80s extreme metal, and the dire melodies of the ‘90s blackened death metal. He had shortly begun composing for the nameless project. The drummer E. Driller joined him in the early 2017 and the recording process was started straight away under the moniker of WITCHGÖAT. The lineup of WITCHGÖAT was completed upon the arrival of M. Miasma (vocals) and C. Fog (bassist) in the mid – 2017.

The profane quartet bestowed the demo tape “Umbra Regit” (all 33 copies were sold out immediately after issuing the pre-order) upon earth on July 31, 2018 via MORBID SKULL RECORDS. The demo assault is a momentary demonstration of the profound malignancy and the inevitable destruction that the impending debut is to inflame in the beginning of the year 2019.

WITCHGÖAT is equipped to discharge the debut opus “Egregors of the Black Faith” on February 13, 2019 via MORBID SKULL RECORDS (El Salvador – CD & Cassette) and HELL PRODUCTIONS (THAILAND – CD). Rejecting all type of modern technological enhancements, this opus conjures the filthiness and wickedness of the bona fide old-school extreme metal sound. With a malefic storm of barbaric black/thrashing numbers present in the album, WITCHGÖAT is destined to intensify the spirit of the Central American metal underground.