Burden album released on Satanath Records December 23 2015. My initial thoughts are, a thunderous and oppressive sound that could crash walls with sonic aggression. This is the bands debut and it delivers powerful riffs of heavy, destructive hymns from the outer realms. Some of the bands that come to my mind as I listen would be Celtic Frost, Neurosis and The Lumberjack Feedback. The band offers us four tracks with this release. They take the listener through long and menacing journeys. I would have to say the song the most stood out to me is "Red Is Redemption (Bloodletting)" I feel this track captures the essence of what the band is projecting with their sound and also enjoy the solos very much.

In conclusion, if you are looking for something dark, extreme and with enough low end to shake your walls, then look no further and add this release to your collection.
~Artemortifica 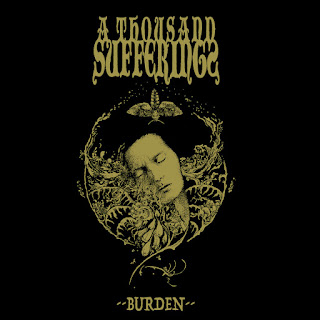 Posted by Artemortifica at 5:52 PM